I wanted to share my current IRSSI configuration. First off, I have to thank usr_local from across the street. He helped me get setup and runnin’, without his help, I probably would still be using xchat. You can find him over at http://slackstuff.com – tons of Linux info, and slackers!

So now to IRSSI. I will be posting a “how to” set your IRSSI up similar to mine if you are interested. 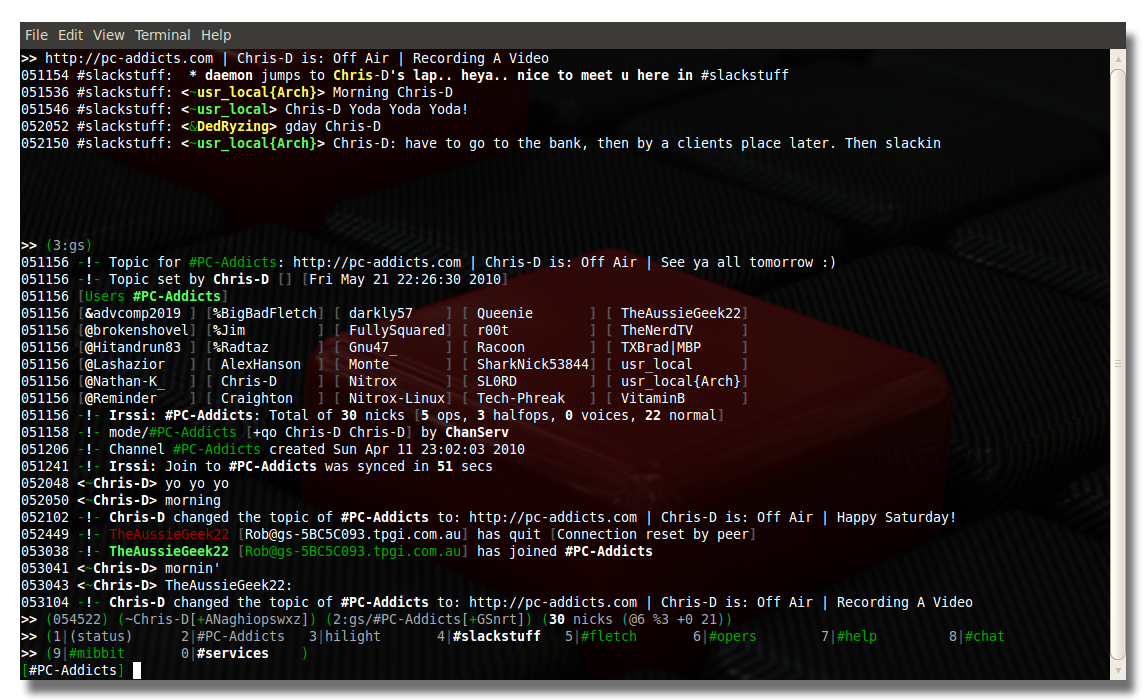 Below is a bit of an explanation of what is going on: 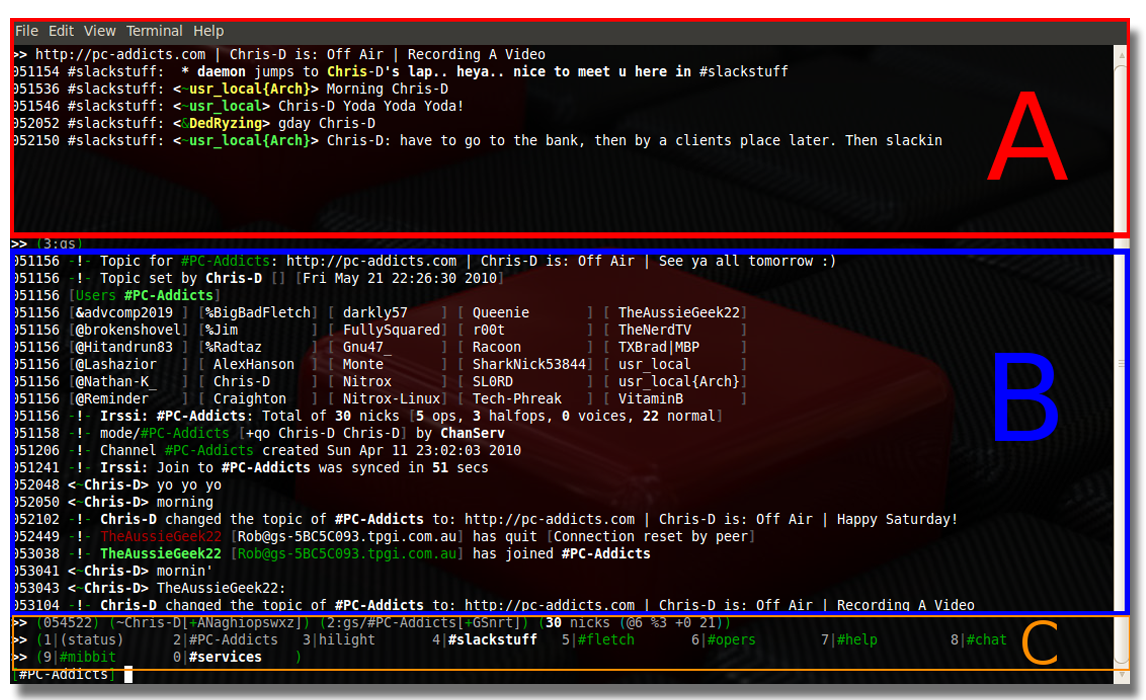 Section “A” I setup for “hilights”. Another words, when someone says my name “Chris-D”, it will post it up at the top. This I found very handy if I am connected to a lot of channels/network. I don’t have to switch channels just to see what someone had typed. I can read it up there, then decide to switch over to that channel and respond. You can add whatever words you would like to have hilighted as well.

Section “B” is my main channel view. Sometimes I will setup a split view (more than one channel in this viewable area at a time), but for the most part, I like the single channel view.

Section “C” is where it shows some information, such as status, channel modes, how many users are currently in the selected channel, and all of the channels I’m connected to. I customized it to spread them apart a bit and clean it up, so it’s easier for me to read quickly. Also, I’m using “screen” along with IRSSI (which I will cover later), it’s not needed, but very helpful.

On the left is the timestamp (I took out the “:” to shorten/clean it up). Below is a quick tutorial to how I set mine up.

Side Note: Most of the commands below work with tab completion

Next, lets download and install the usercount.pl script to show the current number of users in the selected channel. You will need to create 2 directories. ~/.irssi/scripts and ~/.irssi/scripts/autorun (autorun if you want the script to automatically run upon startup). I saved mine in the autorun folder. Next, lets run it:

Next, lets change the theme. The theme I’m using is fear2.theme. Download and save that to ~/irssi

To set the theme, in IRSSI:

Moving on, lets setup the hilight window in section “A”. First download and save hilightwin.pl to ~/.irssi/scripts/autorun

Then in IRSSI type:

Next, in order to have your nick alert/hilight work properly, type:

Next we need to create the split window:

Lets get the user count into the status bar next. Download usercount.pl and save it to ~/.irssi/scripts/autorun
Next run the script:

Finally, lets change/cleanup the rest of the status bar and channel names:

You can revert to the old act setup by typing:

Hope you found this article to be helpful.