Building the OU structure in Windows Server 2016 from start to finish. Here I will show you our planning and building phases of our new OU (Organizational Unit) structure.

This phase of setting up a new domain environment is crucial. Take your time and think about the future growth of the company.

Things can change throughout the video series while configuring machines, users, group policy objects, and more. But we have to start somewhere.

There are no wrong or right ways of setting up your organizational units. There are a lot of guidelines and suggestions out there from Microsoft and many others. I have setup multiple locations with very different structures.

For this tutorial, we are going to pretend we are setting up a tire shop with a handful of employees (maybe around 10 users).

Here is a quick drawing I whipped up, showing the physical building, departments, and printer locations. 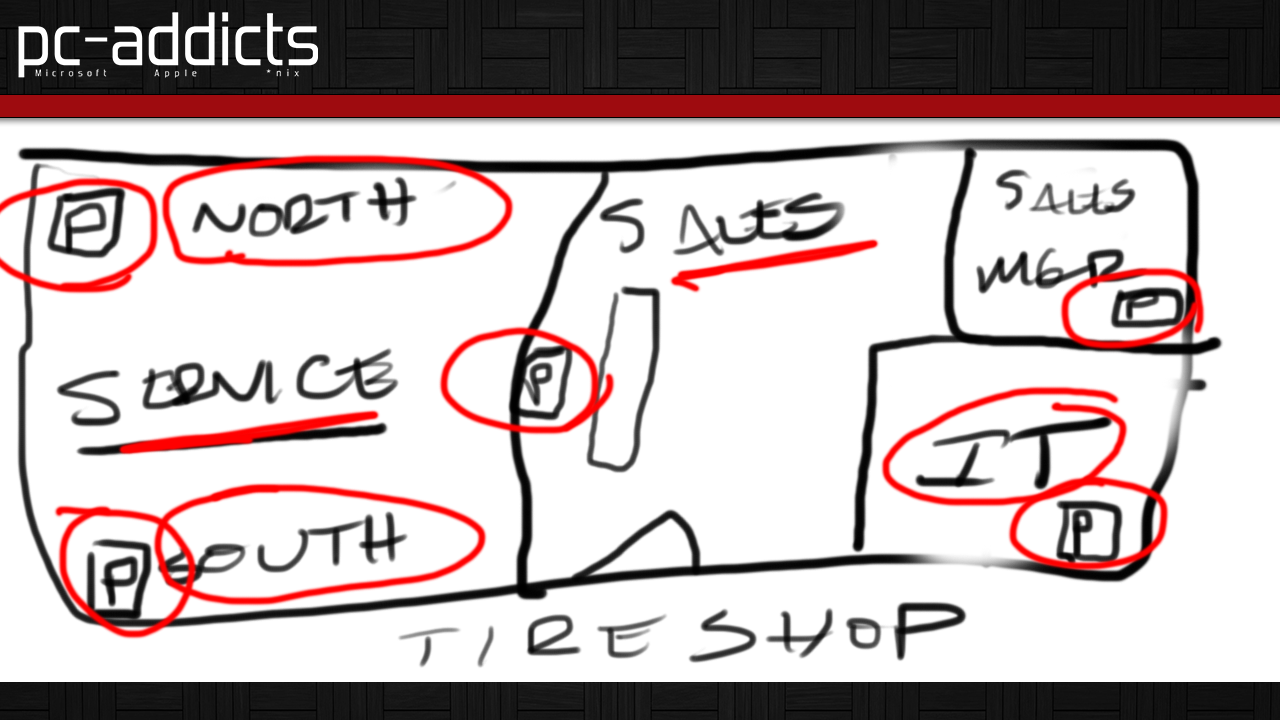 Now, my thought process for the service department is that there will be multiple server employees working at any one time. They could work in the north side or the south side of the building, each side having their own printer.

Let’s throw all the service employees “users” in the main service OU, then create north and south OUs for the “computer” objects.

We will then setup the printers to be mapped depending on what computer the user is logged into. More on this later in the video series.

Finally, the COOL department, the IT crew! OU will have a techs OU and a systems administrator OU. Each one containing a computers OU as well as users OU.

Here is a screenshot of my setup: